My Alma Mater was My Family Dinner Table 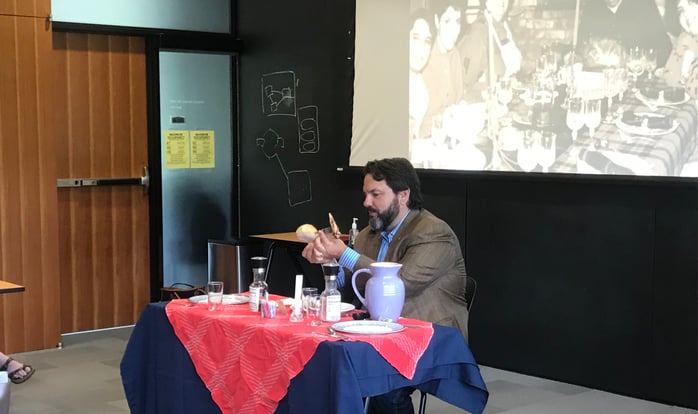 Dr. Cabrera's "Dinner Table Story" has become so requested that a reenactment was added to CRL's STML500 Certificate in Systems Thinking.
Here Dr. Cabrera illustrates his father's use of any available items to build conceptual models--in this case a barbell relationship using a fork and some food items. In the background you can see an actual image of Dr. Cabrera's family dinner table.

My family dinner table was my alma mater. It’s the place I learned to love the pursuit of knowledge. It’s the place I learned to think. My mother’s only hard and fast rule was that we all had to be at dinner every night. Each night we talked about everything under the  sun,  from  the  silly  to  the  serious:  what  we  did  at  school  that day,  squabbles  with  my  siblings,  current  events,  politics,  science, religion,  anything.

We  played  with  our  food;  in  fact,  we  were  encouraged  to  do so. My father had a strange habit of using anything on the table—food, salt and pepper shakers, forks, knives, napkins, and even the plates—to represent any idea he was explaining in whatever topic we  were  discussing.

“Reaganomics  is  a  portmanteau,”  he’d  say, “a  word  that  fuses President  Reagan  and  economics,”  squishing  two  chunks  of  soft bread together. Then he shaped the new piece of bread into a bowl and held it out for us to see. He continued, “Reaganomics has four key components,” dropping a piece of diced chicken into the bread bowl  as  he  listed  each  one. “Reduction  of  government  spending, regulation,  taxation,  and  inflation.” And  so  it  continued.

These early experiences had a great effect on me. First, it became virtually  impossible  for  me  to  eat  at  my  friends’  houses.  More importantly,  adopting  my  father’s  habit  gave  me  an  eye,  a  feel, and  a  love  for  ideas  that  led  me  to  the  formal  study  of  how  we create  them. It  gave  me  an  eye  for  ideas,  because  I  could  actually  see  ideas on the table. Literally, they were no longer entangled in my head—they  were  right  on  the  table  in  front  of  me. Visible. It gave me a feel for ideas: I could hold any idea in my hand, manipulate it, move it around, and combine it with others. I could take  an  idea  from  my  brother,  change  it,  add  or  subtract  from it,  and  hand  it  back  to  him.  Ideas  were  literally  and  figuratively, tangible. It  gave  me  a  great  love  of  ideas:  they  were  to  be  played  with, constructed, combined, interrelated, explored. The world of ideas became  my  favorite  playground.  Knowledge  became  my  muse.

While  other  kids  were  building  skyscrapers  and  dinosaurs,  I  was building  ideas. I  became  fascinated  early  on  with  how  we  make  ideas  and how  we  are  able  to  share  them  with  others—this  led  to  more than fifteen years of formal research into the process of constructing ideas  among  any  and  all  learners. This  process  is  the  crux  of education.

I didn’t know it then, but my father’s dinner table habits taught me how to construct and deconstruct knowledge. I learned to distinguish and differentiate ideas, to break ideas into parts or merge them into wholes, to make connections between  and  among  ideas,  and  to  consider  things  from  different points  of  view.  In  short,  I  learned  how  to  think.

Today, I am a cognitive scientist and systems theorist at Cornell University. I now have the insight of scientific research that these basic skills—which I learned at the family dinner table— are critically important for mental health, personal success, and a just society.

Reprinted in the Learning 4Life Newsletter 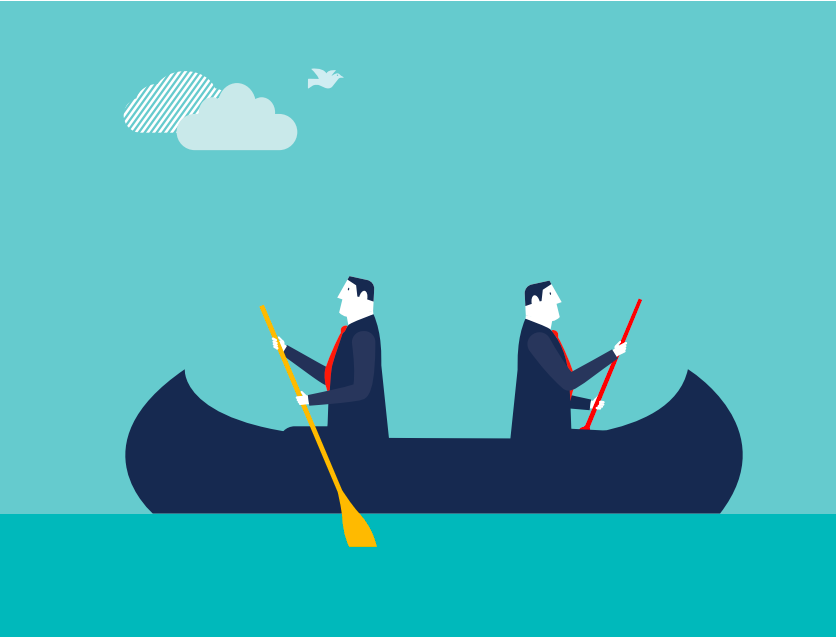