Distinctions involve several different skills blended into one simple underlying structure where two elements (identity and other) make up any distinction. These skills include:

1. The identity of a thing or idea: what it is, what is it made up of, and what it is related to;

2. The other of a thing or idea: what it is not, what it is different from, or what it is similar to. Or what is the same as it, or opposite to it;

3. Avoiding marginalization of the other, including other ideas, insights, people, groups, perspectives;

4. Knowing when two or more things are structurally the same but labeled differently; and

5. Knowing when two or more things are structurally different but labeled the same.

We’ve written quite a bit about skills 1-3 before (for example see the distinctions tag for other blogs on this topic). But, another important aspect of distinction making is simply paying attention to what we call the “labels” that are slapped onto underlying structures.

In his book Speaking American, Josh Katz illustrates skills 4 and 5 on our list perfectly in the following 8 maps that show the pervasive use of different words (labels) to describe the same thing... 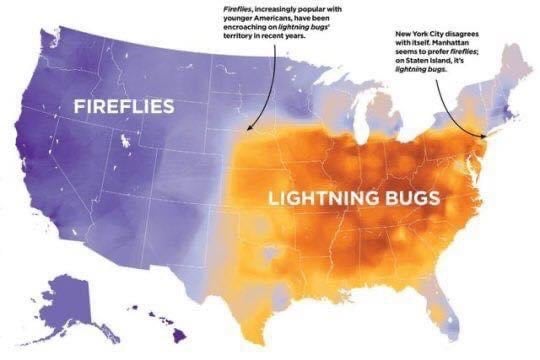 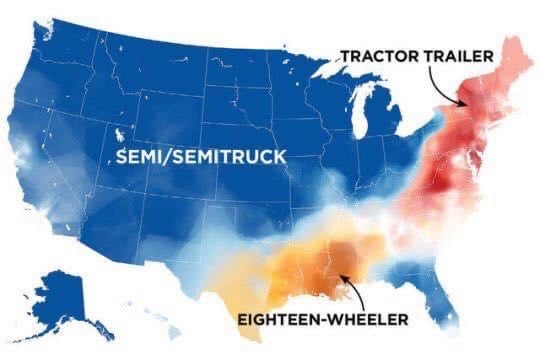 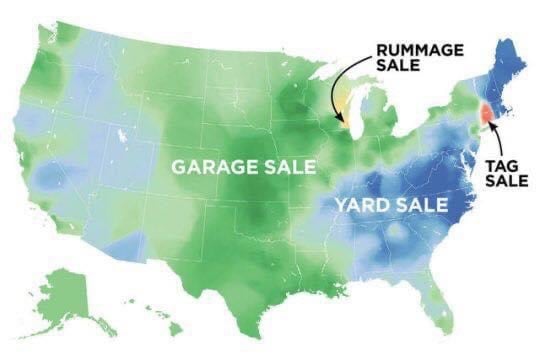 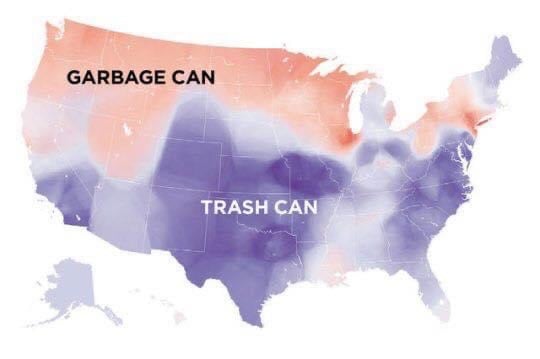 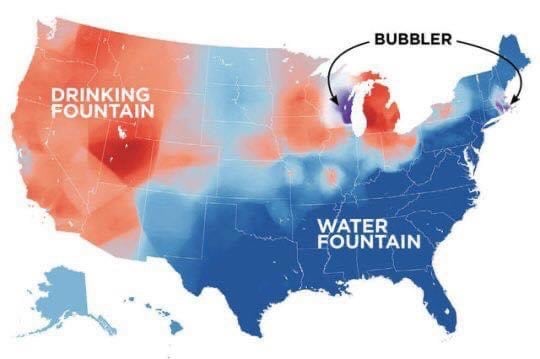 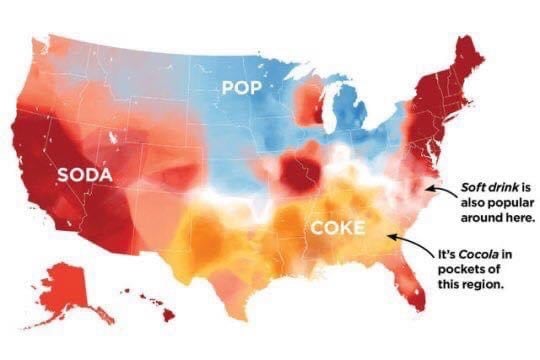 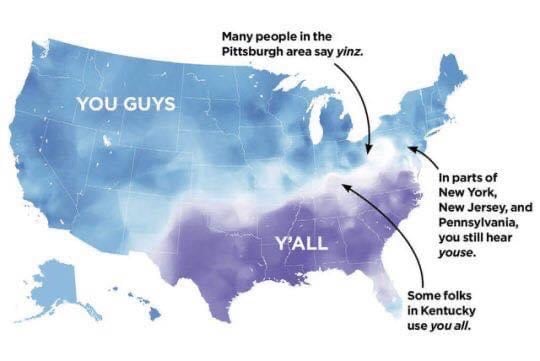 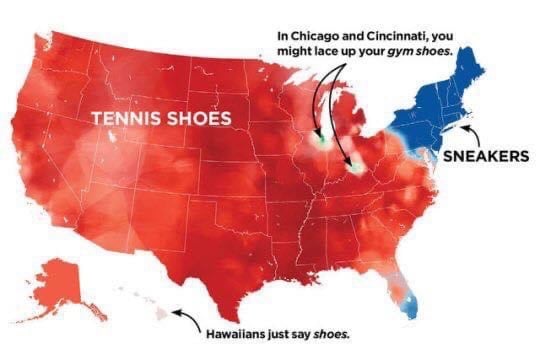 These types of labeling distinction errors are all around us. I can’t count the number of meetings, facilitations or group mediations where there was:

1. A “violent agreement” illustrated by using a different term or terms despite having the very same underlying mental models of what those terms mean. They were not seen as agreeing, even though they were.

2. A “superficial agreement” where people talked past each other by using the same term or terms despite having very different underlying structural models of what those terms mean. They were seen as agreeing even though they weren’t.

The power of distinctions as manifested through our language tells us look beyond the labels we use to reach a true understanding of one another. After all, who wants to violently agree?! 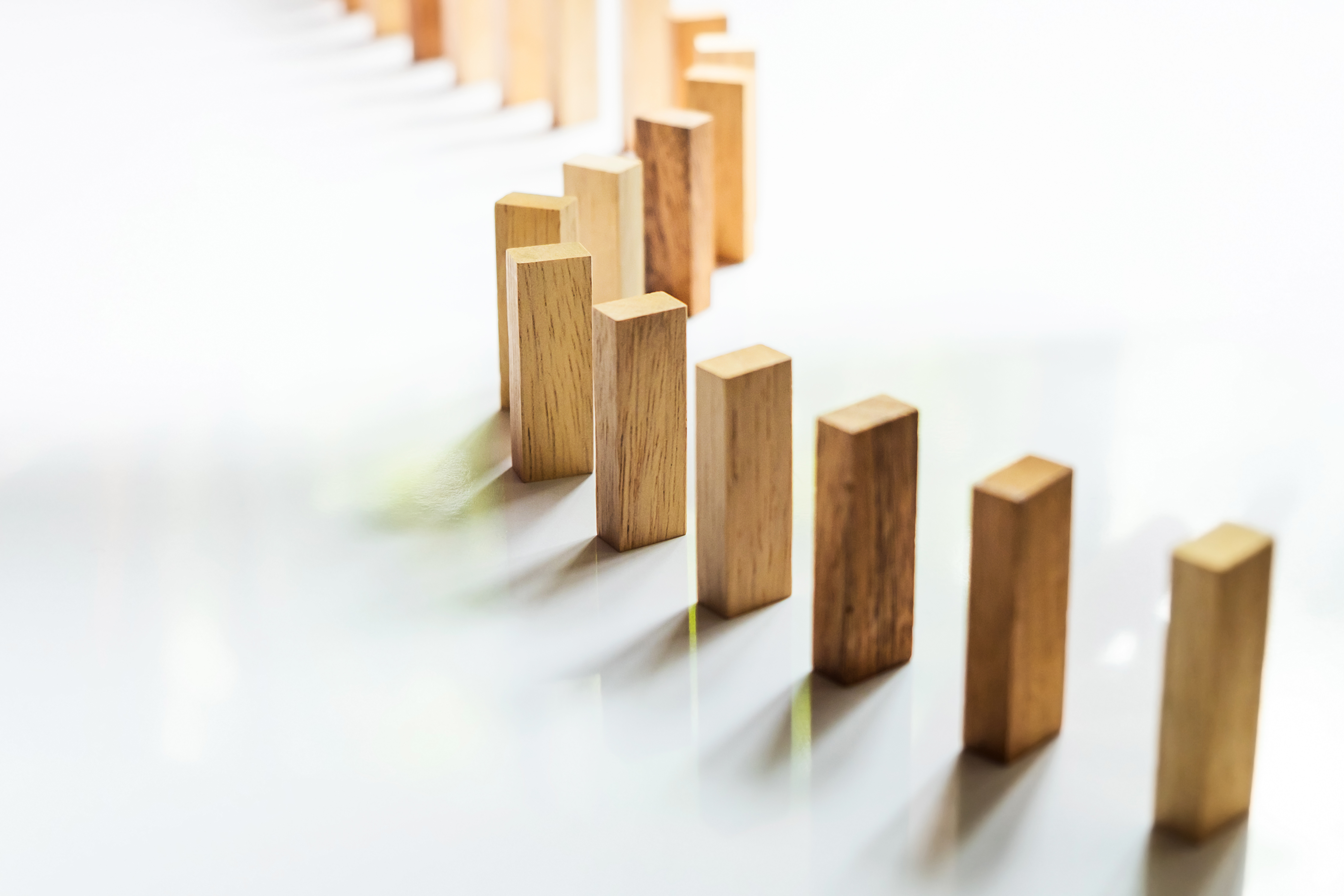