What are the patterns that connect?

I was recently asked a number of questions which I will reframe some for clarity.

1 Is systems thinking (ST) a thing? Or more specifically, is ST a single thing? Or alternatively, is it many things (such as a “family” of methods or approaches)?

2 Should we pursue universality in ST?

But, it would perhaps be better to make a distinction between systems thinking (ST) and systems thinking methods, approaches and tools. I’ve used the analogy before that the biologists’ question, “what is life?” is not adequately answered simply by listing a bunch of living organisms or species. This is because what is life is asking something general and essential about the phenomenon of life and a list of species or organisms are specific instantiations of life. They are obviously related in that all the members of the list are living things, but the list does not constitute the generalizable and essential qualities that make up life itself (such as metabolism, adaptation, etc.) The same could be said for the question what is ST? We can easily answer the following question, "What are ST approaches, tools, and methods?"with a list that might include: 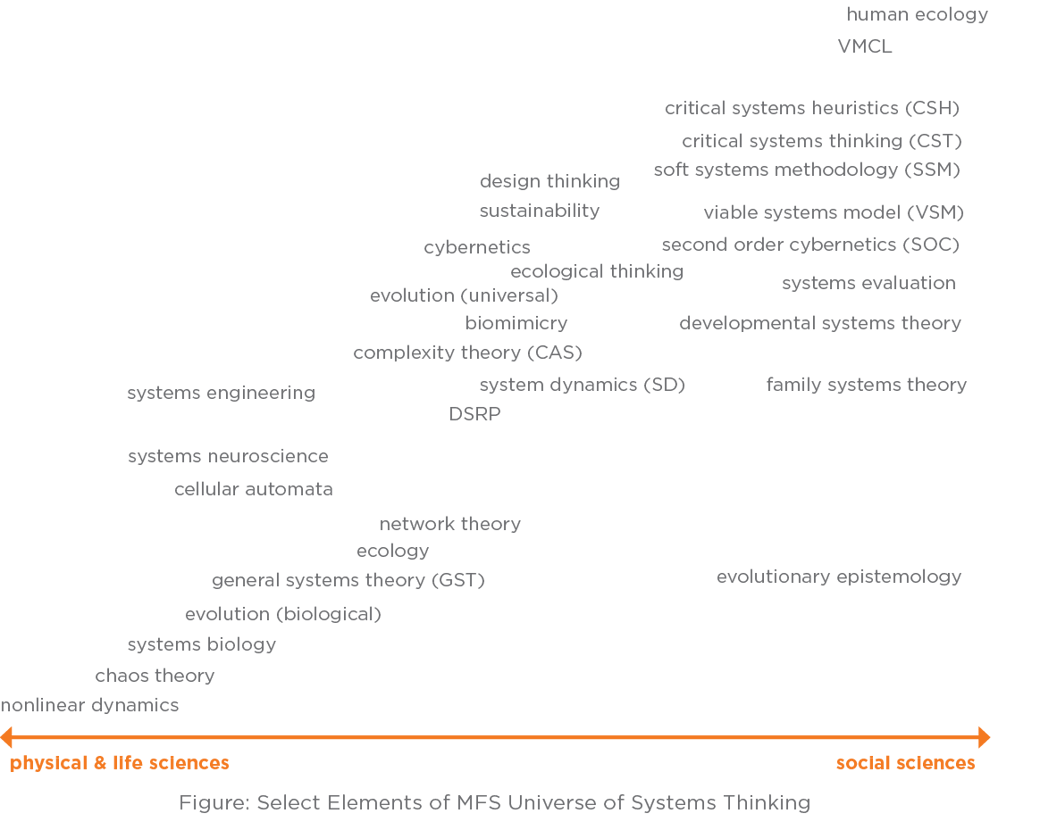 Image credit: STMS[^n]
Or with what I have previously referred to as the MFS Universe of ST[^n]. But this list, which includes many remarkable and powerful methods, tools, and approaches, does not answer the question, what is ST? For that, we must look at the items on that list and look for *patterns that connect*. This is where DSRP can be differentiated. DSRP is not attempting to answer the question, “What are all the approaches, tools, and methods of ST?” Rather, DSRP is attempting to answer a different set of questions:

What is the essence of systems thinking?

What makes all of these approaches and methods systems thinking?

What do these methods have in common?

Which, to me, are all the same question: What is ST essentially?

Nor does DSRP purport to replace any of those methods on our list. Instead, it gives us insight into what makes all those things a member of the systems thinking family. To be clear, I would propose the following

Q: What is universal to ST?

Q: What are ST approaches, tools, and methods?

A: The plurality of approaches and methods represented in the MFS Universe (which is growing and adapting)

Now I’d like to say something brief but important about why this is an important distinction. Because for ST to be truly effective it must be something that everyone uses. It must be democratized (I wrote about the benefit of democratizing systems thinking in an earlier post). To put it simply, providing people (especially newcomers to ST) with universal, general, and essential patterns that underlie ST is critically important to the success of the field itself. It is not enough for those of us who are lucky enough to provide leadership in the field to answer the newcomer’s question, “What is ST?” or “How do I learn to ST?” with a cavalier, “Well, just read, practice, and understand everything in the MFS Universe.” In short, we owe it to newcomers to the field to say things in as plain and simple terms as is possible without losing fidelity. I am proposing that DSRP is one of the best candidates for doing so. I am interested in hearing other contenders. Other leaders in the field see the same such potential with DSRP. Gerald Midgley, Professor of Systems Thinking in the Centre for Systems Studies at the University of Hull, and past President of the International Society for the Systems Sciences, explained it this way:

“We have had 100 years of systems research giving rise to literally hundreds of different methodologies; many, many different systems ideas. I have to ask how we can make sense of this. When I saw DSRP, I realized that it broke systems thinking down to the bare essentials: a set of thinking skills. It also occurred to me that all the various methodologies that are used in the systems field tend to prioritize one of these skills over the others, so it provides a framework for organizing the field.”

Question 1 is intimately related to question 2, “Should we pursue universality in ST?” This is because in looking for patterns that underlie all of the approaches and methods of ST, we are in large part searching for universality. Let’s call all of the approaches and tools and methods of ST “the plurality.” We can assume that the plurality has many such methods and approaches in it and more could be added or adapted. It is an ever-changing landscape. When we look for patterns that connect them all, we are seeking universality. But should we? My answer is unabashedly, “yes!” I answer this way for several reasons.

Third, to not pursue universality in lieu of plurality is dichotomous and binary (e.g., contrary to the very spirit of ST). Universality takes away nothing from the rich diversity of plurality--knowing, for example, that all organisms are result from the genetic building blocks, ATCG, does not make the platypus any less unique and important.

Fourth, we should pursue universality because it is educationally expedient (both pedagogically and andragogically). That is, universal patterns help us to better train newcomers and to increase the impact the field has on real-world problems. 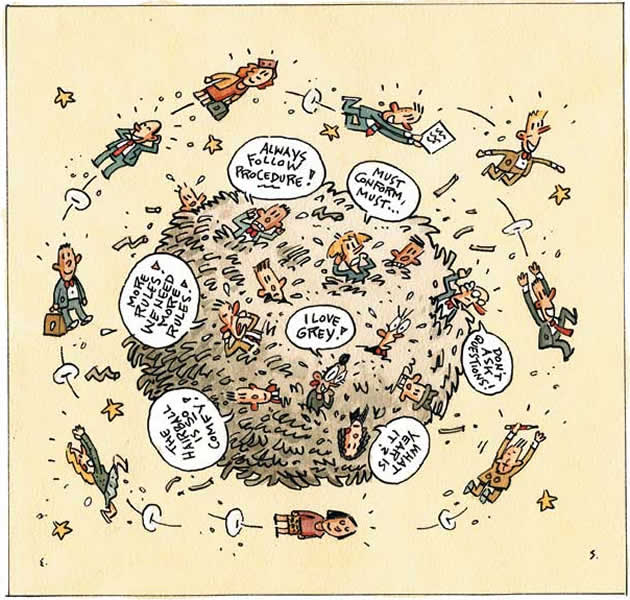