Many now conclude that knowledge alone doesn't influence behavior. While that may be true, there's some subtlety that needs to be unpacked, lest we underestimate the importance of knowledge for our actions.

Educators, scientists, community organizers, and sustainability advocates are asking whether knowledge matters. The question that they are really asking though is: Does knowledge influence behavior? They are interested in this because they desire better environmental behaviors and wonder if education is an effective way to accomplish this.

This is an important question to ask given the seriousness of the issues we face. Education is often proposed as a solution to environmental problems. So we should be be certain that our efforts generate the desired effects. Some have questioned the effectiveness of the "knowledge deficit model" (KDM), which says that if ignorance (knowledge deficit) is the problem, then providing someone with knowledge should be a solution. However, citing various studies and anecdotes, critics have noted that just educating someone doesn't necessarily change their behavior.

I actually think the critique is more about questioning the usefulness of information than it is knowledge, but first there is an important distinction to make here, and that is between knowledge and information. 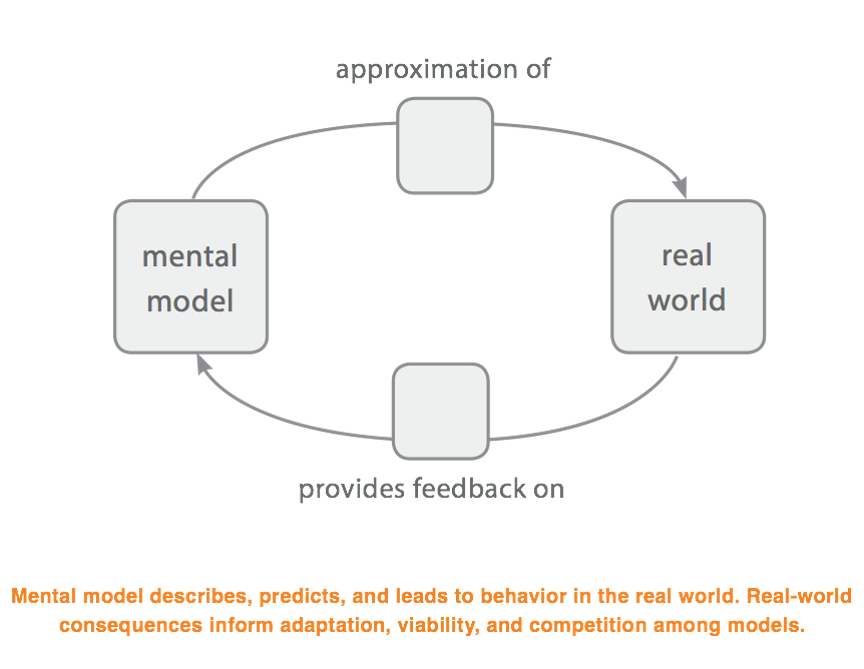 This brings us back to our primary questions. Does knowledge influence behavior? And does education have any impact on people’s behaviors? Let’s explore this with a couple examples.

Let’s start with the water in your house. Chances are good that you know that the water that comes from the faucet in your house is related to the rest of the water in the world, that it comes from some waterbody nearby (either surface water or groundwater), and that it goes somewhere after you use it carrying whatever you put in it. Your mental model of the water in your house contains your knowledge of water. You also know that water can do something useful for you, like wet your toothbrush and rinse the sink. You engage those mental models every time you brush your teeth. Most likely you turn off the water when you aren’t using it, you don’t just let it run while you’re brushing your teeth. Those mental models directly influence your behaviors. No one has to tell you to turn off the water, you use your own knowledge to make that decision.

Of course there are complexities and exceptions. We often have conflicting mental models and other influences on our behaviors. While our knowledge forms the basis for an action, another factor may limit that action. For example, my laziness or a distraction by a demand from my daughter may occasionally result in me leaving the water running while I brush my teeth, even though I know it’s not the right thing to do. I also know that leaving the water running for a few seconds isn’t going to really be that bad. There may be competing mental models, like when I want to have a late night snack. My mental model of healthy eating competes with my mental model of immediate enjoyment and tastiness.

The reason we question the knowledge deficit model has more to do with our mis-equating information and knowledge than it does with the importance of knowledge. It’s clear that knowledge matters. Fortunately, we know how to help people build knowledge. The four simple rules of systems thinking (making Distinctions, understanding parts and wholes of Systems, identifying Relationships, and viewing things from different Perspectives) provide the structure and tools through which knowledge is constructed. more of an introduction to systems thinking, check out this short article and a 12-minute video.

If educators help to build knowledge rather than transmit information, then education has an essential role to play in influencing people’s environmental and social behaviors. By integrating systems thinking into education, we can help people construct knowledge, that is, build mental models that are better representations of reality. This, in turn, will lead to behaviors that better support our ecological and social health.