Dr. Derek Cabrera: DIY Self-Help is actually pretty self-explanatory. It is  "Do-It-Yourself Self-Help," which may seem a little redundant because DIY is the same as “self.” But for me the DIY movement has a particular “flavor” which I think is really needed in today’s personal mastery and self-help. So, it’s essentially the combination of the DIY flavor of ingenuity, simple, pragmatic, self-reliance and your typical run-of-the-mill self-help or personal psychology. This idea came about, in large part because of the many failures I saw and experienced as a person with ADD. Others with non-neurotypical brain functions who engage with the “psychological industrial complex” end up over-pathologized, over-diagnosed, and over-prescribed for many “disorders” that frankly can be dealt with in far less clinical ways.

Dr. Derek Cabrera: As a flawed but useful heuristic, if you think of the sciences on a north/south spectrum, you would have, at the bottom, fields such as quantum physics and physics. Above that is chemistry and above that is biology. Next, there is psychology. And then sociology, which includes anything that is social. For example, economics, business, policy, anthropology, etc. And then earth sciences, etc. and towards the top you would have astronomy which then circles back to physics. 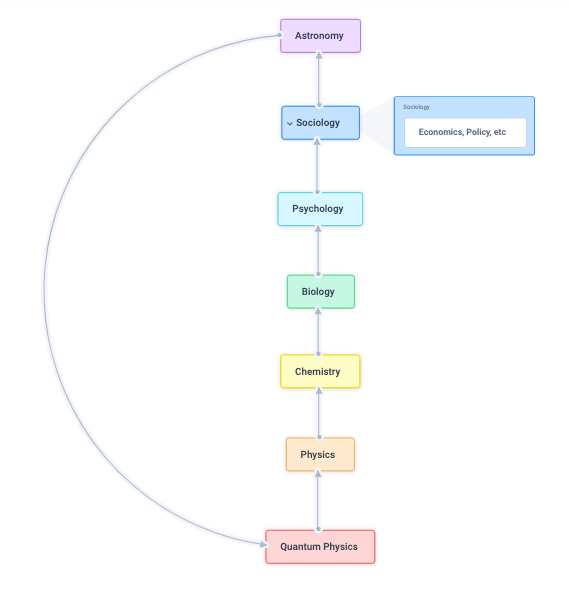 Continuum of the sciences.

Generally speaking, if you get north of biology, you have the psychological and sociological disciplines. The psychological works with everything inside the person to their boundary. I call that the intrapersonal. Sociology has to do with dyads and larger, so that necessitates the interpersonal. When we talk about personal mastery, I don't think it's enough to think of personal mastery simply as a mastery of the self. It’s both the mastery of the self intrapersonally and interpersonally, which crosses the domains of psychology and sociology and even crosses the domains of the personal and professional which are frankly inseparable. 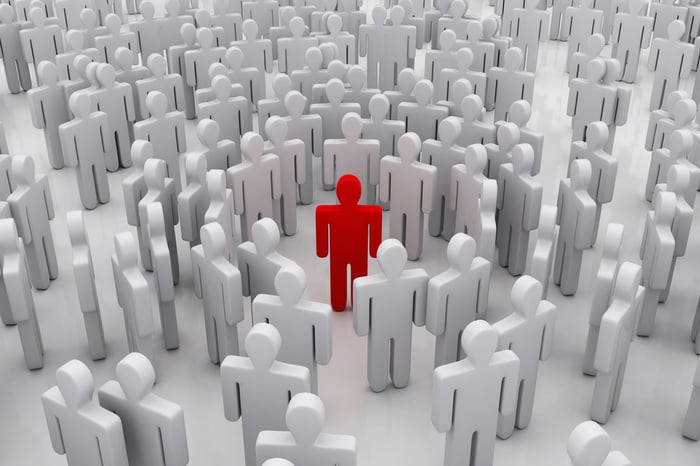 You have to deal with yourself and the way you interact with everyone and everything else.

The connection between systems thinking and personal mastery—which was originally made by Senge— is simply that systems thinking is a way to better understand and match your mental models to the systems around one’s self and including one’s self.

A system, at its core, is anything that is two or more things that are related. When we're talking about systems in regard to personal mastery, we're talking about emotions, understanding your own internal emotional state, and understanding yourself. That's the intra part. That ends up being very much about metacognition, mental models, cognition, conation, and emotion...self-actualization and so on. Ultimately understanding those systems and how they relate to each other intrapersonally.

On the interpersonal side of things, which takes the individual and psychological self  into the sociological domain, one uses their intrapersonal skills that they are developing with DIY Self-Help to improve their relationships with others and with their environment. You want to be able to get along with people. You want to be able to have healthy relationships. Your “intra” work plays into your “inter” work. If you don't get the intra stuff handled, then you're going to see all kinds of problems in your inter-work and those will feedback on each other. When you see both of these as parts of the system, you can play them off of each other to your overall benefit and happiness. So “personal mastery” isn’t only about mastering systems thinking per se, it’s about mastering the application of systems thinking to the intra- and inter- realms.

Staff: That’s a great answer. How do sliders specifically help with personal mastery?

Dr. Derek Cabrera:  Sliders are—almost exclusively so— the key tool that I use for DIY self-help and what one might call personal mastery (although again I don’t really use that term as regularly). Sliders are little mental models, but I call them little meaty mental models because their nutrient dense nature nourishes your intra and interpersonal soul. Sliders are usually contrasted mental models—meaning here’s how you might currently think of X situation and here’s a better way to think about X situation. The topics that Sliders deal with are everyday pragmatic stuff. MacGyver stuff, like when you see online somebody used a water bottle as a ceiling light. Sliders get at the root of many of our problems inter/intrapersonally.

For example, there are things like interpersonal communication. How does one do that? How do you become a better listener? How do you align what you mean and what you say? How does one have integrity? Intrapersonally, there are also questions such as, how do you understand your emotions? How do you distinguish between your thinkings and feelings? How can you determine what you really think from your behaviors? Sliders deal with stuff like that.

Sliders take into account the internal and external landscape any one person can be dealing with at a time. This is why they are little. They are single, consumable mental models. 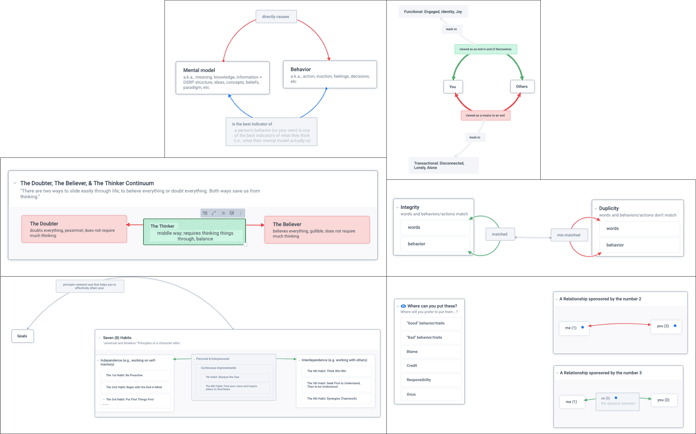 A small assortment of the existing sliders, each cluster is a slider...

You don’t metabolize all of the Sliders that exist all at once. You metabolize  them one or two at a time. That's the key to sliders. They're generally useful little tools in the same way an actual slider burger is a great snack. If you think about sliders, they can be very unique. You can have a slider that's made out of buffalo meat and has a jalapeno on it. Sliders are 100% customizable to your specific tastes, which is why it’s the perfect metaphor for the DIY Self-Help tools. One could take an existing basal slider like the thinkings and feelings slider, and then you could put a jalapeno on it because you like spicy food. You can do whatever you want with a slider, whatever is most useful for you. 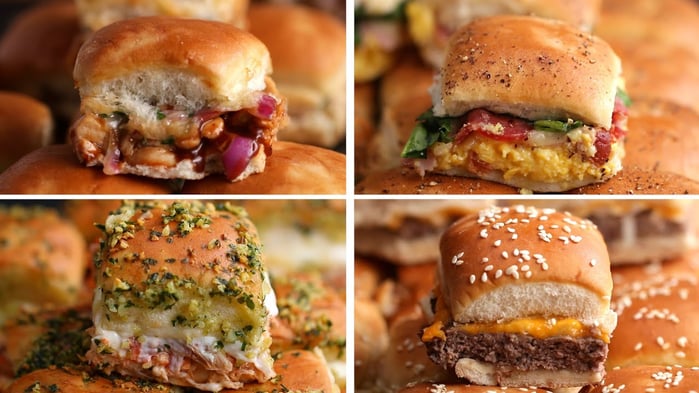 Just like DIY Self-Help sliders, there are many kinds of burger sliders!

Staff: How do you use sliders as DIY self help tools?

Dr. Derek Cabrera: The very first step is adoption. You have to choose what slider you want to work on. It doesn’t matter what it is, nor how big it is. It could be that you want to listen more than you talk, or that you want to keep in mind the distinction between your thoughts and your feelings. You decide that this slider is a slider that is personally relevant to me and my development, my own personal mastery. Therefore, I'm going to adopt this slider.

The next step is to reification.  You must make the slider into a physical object or representation  in your life. Now, the reification could be as simple as just remembering the slider, which is the least form of reification. Or it could be printing the map of it and putting it on your wall so that when you wake up every morning, you see it. Or shrinking the print and laminating it and keeping it in your pocket.

I, personally, put them on my mirror with dry erase markers. You can even go all the way to something like this rock that I have on my desk that is  a slider imprinted on it or even a real rock that you carry in your pocket. Any tactile representation or reification of the slider that's going to keep that slider in your mental life on a daily basis will work. General George Casey told me this great story of how one of his colleagues was tough on himself and his coworkers. He had a little plaque on his desk that said “+’” which simply meant “emphasize the positive.” It was a kind of reminder to him. I’ve been accused of being a little hard on myself and do not always give positive feedback even if I think it privately about people. So, this is something I adopted and wanted to develop. And, over time, I’ve gotten incrementally better at it. 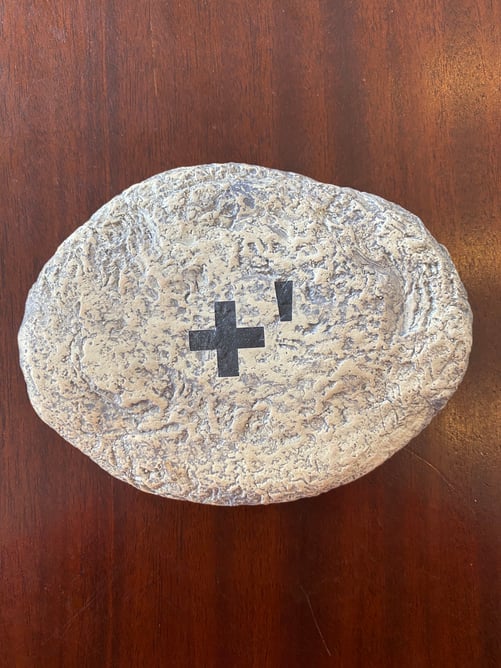 My “accentuate the positive” rock, reifying the slider for me everyday.

The bigger the issue, the bigger the reification. I've seen people carry around large rocks in their pocket to build awareness of just how significant this slider is in their daily life. It's hard to ignore a rock in your pocket. But the point is, some of your mental models are weighing you down at least that much but you don’t even notice them...

The third step is what I call incremental integration. You have to practice it. You either practice it by simply implementing it every day or you practice it by putting yourself in a situation that's going to elicit the response that you're concerned about so you can purposefully deal with it (much like Cognitive Behavioral Therapy). In other words, you utilize the slider to overcome that response and choose a different response.

But generally speaking the simple rules are: adopt, reify, and iterate. Sliders take hold incrementally. One at a time. Not additively, but integrally.

Iteration can take anywhere from a number of days to a month or so. It depends on the slider. You work on the slider until it is fully integrated into yourself and becomes second nature for you. It becomes natural. That's how you know a slider has been successful, that you no longer have to think about it. It's an extension of who you are. It's integral to who you are. Then you don’t need the reification anymore.

It’s important to do this in little increments rather than “I'm going to solve all my problems all at once.” That doesn't work. You can solve little incremental problems here and there around your behavior, instead of trying to fix the entirety of “you.” Sliders make it possible to change whatever you want about yourself, whenever you want to change it. And sliders begin to interact with one another--then they start to work in sync to help you hit on all cylinders. It’s akin to a “flow experience.”

If it isn’t sticking, then you simply need to change up the reification or learn from the feedback that the world is giving you to change the slider a little bit. I call that adaptation.

You never run out of the ability to change. You can be adaptive, both in personality and mindset, instead of a fixed mindset. Having a growth or adaptive mindset for your entire life is what keeps you young. It is a myth that “Old dogs can’t learn new tricks.” Regardless of your chronological age, if you're able to adapt and change, I believe you will stay younger for longer. Sliders are a great way to remain adaptive, and to continually develop self awareness and metacognition.

Want to get started with your slider journey? Check out the sliders tag for individual sliders you can start digesting today... 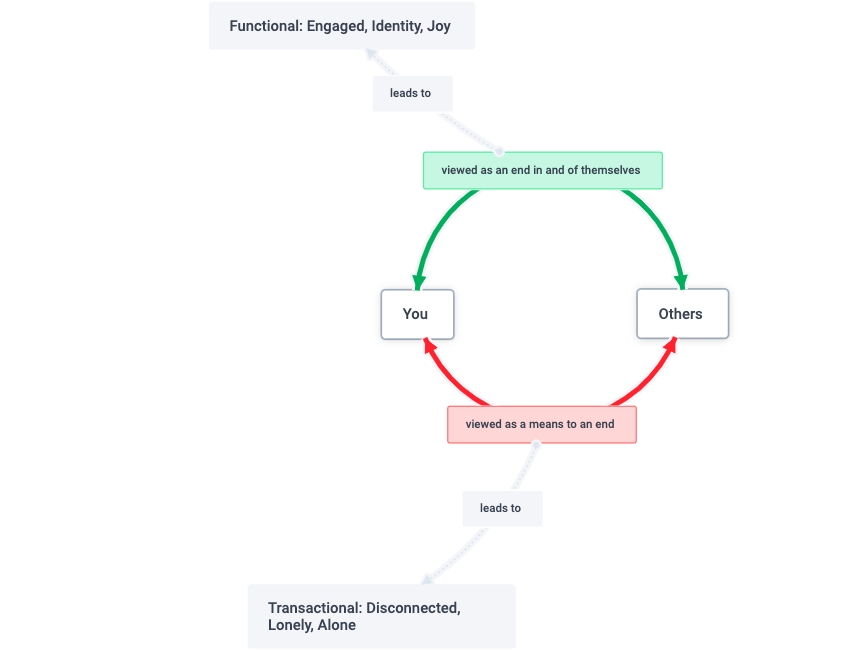 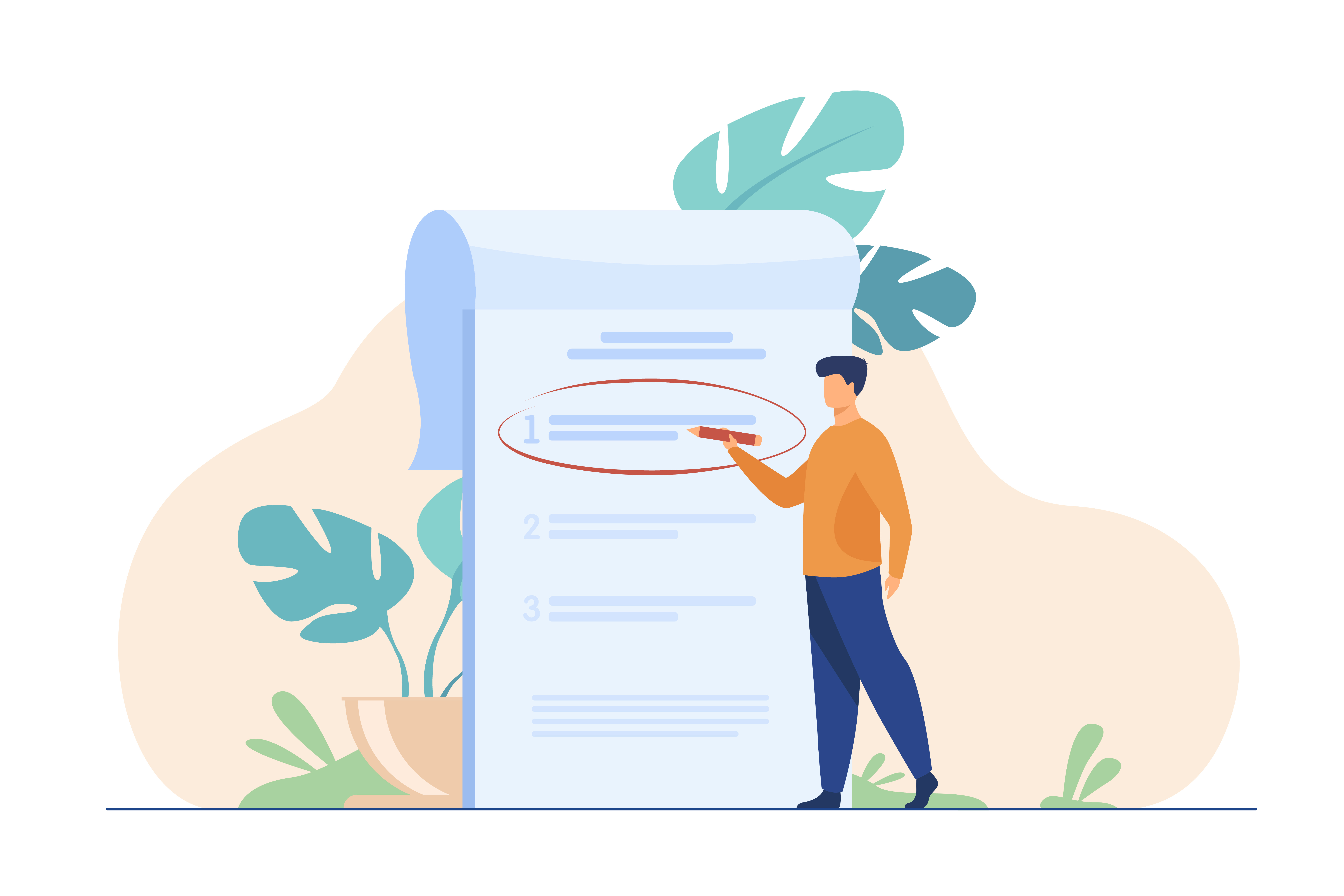