Excerpt from the book: Systems Thinking Made Simple, Chapter 2

Let’s revisit the idea that systems thinking, at its core, posits that the problems we face—the wicked problems we’d most like to resolve—are most often attributable to the mismatch between the way real-world systems work and the way we think they work. For example, a wicked problem might be world hunger, yet there is enough food to feed the world (2640 kcal/person/day of per capita food availability), so this issue is resolvable. The solution requires a deeper understanding of the varied systems that contribute to world hunger, and that can be difficult, but it is not the case that we need to transgress the laws of physics in order to solve the problem of world hunger. The reason we can't solve world hunger is because we don't have a mental model that accounts for the social, economic, political, motivational, and cultural issues that shape the problem. Someday we will develop this mental model and world hunger will no longer be a wicked problem.

As we have given talks and trainings throughout the world to diverse audiences, we have discovered one big barrier that impedes understanding systems thinking v2.0. Surprisingly, it isn’t the simple rules themselves, which are actually remarkably easy to grasp. Instead, it is that many people hold the false assumption that underneath complex things are complicated explanations. The mental model they need is that underneath complex things are simple rules.

Complicated is not the same as complex

For the last 2,500 years, our mindset has been that underneath complex systems there are probably layers and layers of complicated subsystems. Let me give you an example of what I mean by complex versus complicated. Kick a rock over and over again and it doesn’t change its behavior. Each time, it follows the same laws of physics. The behavior of the rock is complicated but not complex; it doesn’t adapt its behavior. It doesn’t change. Now try the same experiment on a dog. Of course I don’t mean literally go kick a dog; it’s a thought experiment. Kick a dog and it recoils. Kick it again and it circles away. On the third kick the dog bites. The dog is a complex adaptive systems (or CAS), in that it adapts its behavior to better navigate its environment. In sum, a complicated system like the rock doesn't adapt, whereas a complex system like a dog adapts to survive in its environment.

We now know that underlying complex adaptive systems are simple rules. Let’s take a look at a video online to illustrate this as there’s simply no way to experience it in writing.

Take a look at the flocking behavior of what amounts to millions of starlings. Look at how quickly millions of birds pivot from all moving left to all moving right. It's called a superorganism, a bunch of individual organisms that act like a single organism. When scientists first began studying such systems we thought they must have exceptionally good leaders! These types of systems–seen across the physical, natural and social sciences in flocks, schools of fish, traffic patterns, ant colonies and across the spectrum of nature land human society–baffled scientists because it was unclear how the group behavior occurred in the absence of a leader. But there’s simply not enough time for communication to occur between the leader and the follower, nor enough time for the signal to spread. What then causes this behavior?

It turns out there were no leaders, only followers. What were they following? They followed simple rules that brought about this remarkable, adaptive, and complex behavior. These types of systems are based on simple, local rules. Iain Couzin, who studies collective animal behavior at Princeton University, did a simulation to show exactly what rules these flocks were following and found just three:

In the video you can actually see the simple rules perturb through the system as predatory hawks attempt to catch the birds. The birds at the bottom of the column are following rules one and two and have no idea that rule three (avoid predators) was followed above.

Humans do this, too. The largest human wave consists of 80,000 people acting as a single superorganism with no leadership, all following one simple rule: do what the person to your left does: when they stand, you stand. When they sit, you sit. Remarkable.

There’s a relatively simple formula for these complex adaptive systems: autonomous agents follow simple rules based on what’s happening locally around them, the collective dynamics of which lead to the emergence of the complex behavior we see.

When we think in systems with our old mindset, we think like a field commander perched on a hill trying to design and control the complex behavior we want to occur. When we take a systems thinking v2.0 perspective, we think like individual soldiers and rely on the collective dynamics of the system to emerge. These collective dynamics produce emergent complexity (things like adaptivity, robustness, etc.). Simple rules underlie complex systems. Figure 2.11 depicts the basic features of complex adaptive systems.

Simplicity exists in many places in our everyday lives. The problem is, we distrust it. We don’t think of simplicity as a good thing. When we think of someone intelligent, we think of someone who speaks in complicated ways, not someone who keeps things simple. When we face wicked problems, we don’t think to ourselves the answer is simple. But the simplicity that underlies complexity is real. Here are a few examples of complex things that have relatively simple rules underneath.

Most of us have never seen the Mona Lisa, a Picasso, a Van Gogh, or a Michelangelo. A few have been lucky enough to see them in person at the Louvre or other famous places. But most of us have never seen the real thing. Yet we are all familiar with (and could describe) the Mona Lisa. How? Because of four simple colors—Cyan, Magenta, Yellow, and Black, or CMYK. What makes these four simple colors amazing isn’t that they are the most beautiful; a world painted in only these four colors alone would be monotonous. What makes them special is that they interact together in a complex way that makes an infinite array of colors possible.

Likewise, few of us are awe-inspired by the mention of Adenine, Guanine, Cytosine, or Thymine, or ATCG, the organic molecules of DNA. But we sure do go bonkers when we see the beautiful biodiversity these four nucleotides can produce when mixed and matched by evolutionary processes. How do you look at a star-nosed mole rat or a seahorse or a giraffe or a platypus and not think: nature is really creative and has an amazing sense of humor.

Charles Darwin in The Origin of Species wrote, “from so simple a beginning endless forms most beautiful and most wonderful have been, and are being, evolved.” He only had an inkling of what we would later discover to be the hand of DNA, but his mindset was one of simplicity and complexity. Underlying all of the complex and adaptive biodiversity of life itself is simplicity.

In one of our favorite scenes from The Karate Kid, Daniel-san has asked Mr. Miagi to teach him karate and all he seems to be doing is hard labor and household chores around Mr. Miagi’s property. Daniel-san is pissed off and he’s had enough and is going to quit, but he’s about to have his mind blown instead. During the course of this conflict with Mr. Miagi, he realizes he has been taught four simple movements that underlie all of the strikes, kicks, and blocks that make up karate. Mr. Miagi is not only a Karate-master, he is also a master teacher. He knows that to achieve the outcome Daniel-san desires, his student will need to be able to adapt to the unpredictable future of bullying, fights, and competition. To prepare him for such an unpredictable future, rather than teaching him a laundry list of moves, Mr. Miagi focuses on the simple underlying fundamentals that can be combined and recombined: wax on-wax off, paint the fence, side to side, and sand the floor. These four simple rules combine in an infinite number of ways to develop Daniel-san as an adaptive, robust, and resilient fighter.

Ole Kirk Christiansen, a carpenter, founded Lego in 1932. At the time, he was out of work because of the Depression and decided to build wooden toys in Denmark. In 1947, Ole got samples of a plastic brick invented and patented (“self locking building bricks”) by Mr. Hilary “Harry” Fisher Page in Britain, and began creating the automatic binding bricks which we know today as Lego Bricks, a name that originated in 1953. Ole’s 1958 Lego patent (#3005282) states, “the principle object of the invention is to provide for a vast variety of combinations of the bricks for making toy structures of many different kinds and shapes.” And that was the magic of Lego—vast variety from simplicity. Anything imaginable could be built. All kids could unleash their creativity on the world with simple, modular, relational blocks. Today Lego, with headquarters in Billund, Denmark, is the sixth largest toy company in the world, with over 5,000 employees and revenue of 7.8 billion Danish Kroner. Simplicity can be lucrative.

With just 6 unique pieces (sixteen total per side) and a simple set of local rules, perhaps nothing captures the complexity-simplicity paradigm better than chess. It is revered as a complex game, causing us to bestow grandmasters with the title of genius, yet it is a game a child can learn to play at an early age. Built on autonomous agents following simple local rules, chess’s potential for complexity is immense.

A chess grandmaster understands the simple rules that combine into numerous possibilities in the game of chess. The karate sensei understands the fundamental movements that combine to produce all karate moves. The systems thinker is not so different. The qualities, disposition, and skills that make up a systems thinker rely on a deep understanding of a simple set of rules. In the next chapter, you will see that—like bird flocks, biodiversity, karate sensei, or grandmasters—all systems thinking is predicated on simple rules.

More than two decades of research went into discovering that there are four simple rules that underlie systems thinking which go by the acronym "DSRP:"

One of the most important insights about DSRP is that it represents four cognitive functions that you must have just to form ideas. If your brain was rendered incapable of any one of them, it would have difficulty thinking about even the most basic things.

These four rules do not operate in isolation, but in parallel. A thing or idea can simultaneously be a distinct thing, a perspective, a part of a larger whole and a relationship. The next four pages provide a quick description for each of these four concepts as well as synonyms you will be familiar with. We'll further explain how they function dynamically as rules in the next chapter.

For a brief introduction to Conway's Game of Life, watch below. 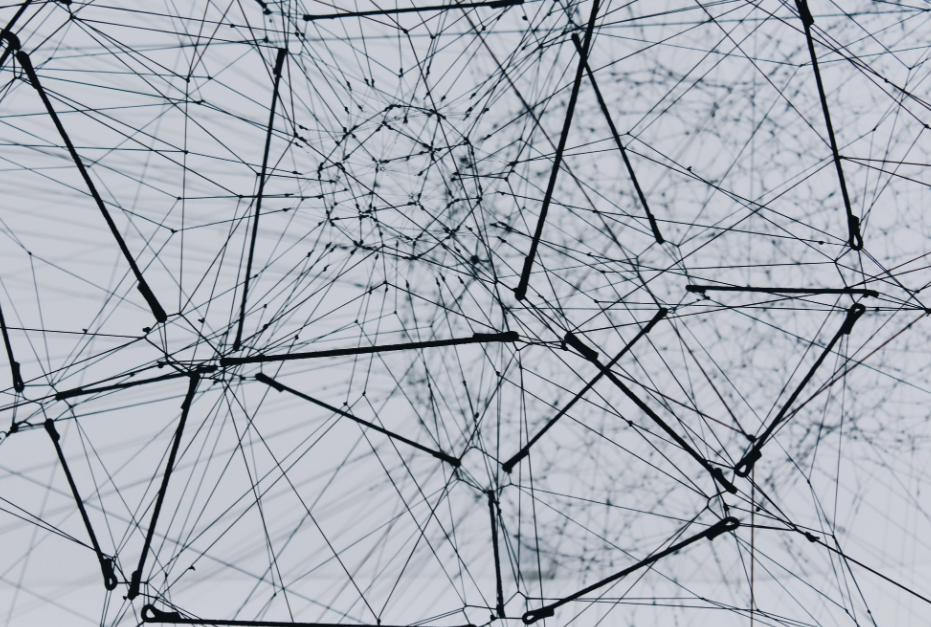 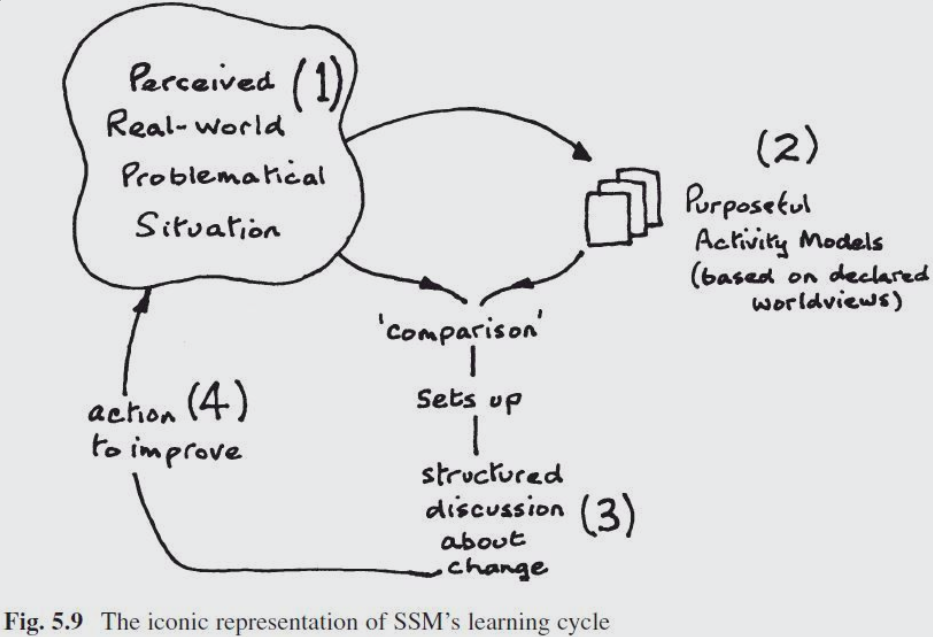