The Four Simple Rules of Systems Thinking: The Distinction Rule

Excerpt from the book: Systems Thinking Made Simple, Chapter 3

While the simple rules of systems thinking are DSRP, the agents are little bits of information. Systemic thought emerges from bits of information following simple rules (DSRP). At first, it might seem strange to impute agency to information. Yet we all know that information seeps into our heads and often ideas pop out without our conscious choice. We also know from scientific disciplines such as neuromarketing (the combination of neuroscience and marketing) that it is not only possible, but advantageous for companies to use their understanding of the human mind to subconsciously manipulate our thoughts and cause us to make buying decisions. Likewise, neuromarketers are used in high-stakes political elections and debates.

Also remember that we interact with the world indirectly through our mental models, not directly. When one considers this fact, the thing (real world) and the idea (mental model) that represent it are effectively the same. So in our descriptions we will use the term idea and thing interchangeably. The mental model of a thing is determined by both its information and its structure—the simple rules it follows (DSRP).

The complexity and adaptivity that makes a CAS unique and robust emerges out of many autonomous agents (e.g., birds, fish, people) following simple rules. Now imagine that instead of birds, fish, or people, the agents in a system are bits of information.

It is important to realize that while a bit of information might be a distinction, it can simultaneously be a part-whole system, a relationship, and a perspective. Neither D, S, R, nor P exist in isolation; they co-occur. Thus, if we think of any bit of information as being represented by a simple card (say a post-it note, on a whiteboard, or in visual software), then we can imagine a "pop-up tool" that reminds us that the card can be a distinct entity (yin-yang symbol), a whole or a part (+), related to or relating other cards (arrow), or a point or view of a perspective (eyeball) to represent DSRP rules (see Figure 3.2). Note that the third pop-up reads "relationships action-reaction." All types of relationships— correlational, causal, feedback, etc.—involve an action and a reaction.

The images here are provided by a software program our research lab developed. The software, called Plectica, treats every bit of information (text or image) as a rule-following card. Each card follows DSRP rules, which can be executed one at a time or simultaneously. Each card has a pop-up (see Figure 3.2) that appears when you hover over them. The user decides which rule(s) to execute for that card. These little rule-following cards allow us to visualize systems thinking. So instead of this, which involves fish or birds or ants, etc.

We are talking about this, which involves information structured in four simple ways:

Four simple rules produce collective dynamics that in turn emerge as systemic thought. This is quite simple, but it is also complex. Although DSRP rules are simple, the result of them applied over and over again is massively complex. Let’s take a quick look at how each of these simple rules works and what it looks like using the abstract notation of cards to represent ideas or things.

To review, DSRP rules operate on information simultaneously and a single bit of information can be a distinction, system, relationship, and/or perspective. Imagine, for example, a systemic diagram representing some set of ideas or a network as in the thought bubble in Figure 3.5. First, notice that each bit of information in the network is distinct from other bits (cards). Note that when a relationship is distinguished, a card exists in the center of the line indicating not only that there is a relationship, but also explicating what it is. Some of the relationships (lines) have not yet become distinctions (i.e., they are currently undefined). Some of the cards are also whole systems because they contain parts, whereas other cards are not yet whole systems (perhaps because we haven't explored them yet). And some but not all of the cards are acting as perspectives, viewing or experiencing the system in different ways from each other.

What makes something a distinction is not so simple a question. Every thing or idea has an other. But in many cases the other is either implicit or absent in your thinking. If a thing or idea exists, then an other exists, even if it's not clear what the other is.

Let’s say that we wanted to distinguish what a teacup is. We can define a teacup in two ways. We can describe to you every possible detail of the cup, its structure and function, patterns and meaning, or we can describe everything in the universe except the tea cup.

Often we understand what ideas or things are by what they are not. This is true for all ideas, things, and systems. They all have boundaries that distinguish what’s in and what’s out and those boundaries are based on others, because a boundary is shared with another. The things we see and think about derive meaning from other proximate things and ideas. You could think of this as context and we often say that context changes everything. What's important to realize is that context for a thing or idea isn't a mysterious cloud that surrounds it, it's other things and ideas.

That’s precisely why, despite the fact that the two orange circles in Figure 3.7 are exactly the same size, they appear to be different sizes. Your mind is distinguishing them in relation to what is near them. You can see that the other is often a whole system or set of things (e.g., all of the gray circles surrounding the orange circle). Also important to note is that while each circle is distinct from the others, there is also a distinction between the group of circles in A and those in B. At every level of scale we are making distinctions, boundaries between what something is and what it is not.

But let’s try to represent this rule in an abstract way so that we can use it over and over again for any idea or thing. In Figure 3.8, each idea is represented by a card, such that it is clear that A, B, and C are distinguished from one another because they are three different cards. If we say A is the thing we are distinguishing (like the teacup), then B and C are not A, or everything but A (like the not-teacup). A is the thing, and B and C are the other things. Note also in Figure 3.9 that we can define A in terms of how it relates to B and C. So it becomes “not-B or -C.” Alternatively, B and C are “not -A.”

Every idea starts with a distinction. Even the simplest thought involves drawing a boundary that distinguishes something from nothing or a thing from other things. Most of the time we communicate these ideas with words, yet words fail to communicate the hidden elements of our thoughts. This is true of all the terminology we use, but especially terms that are political or divisive, such as torture, terrorist, Muslim, conservative, liberal, us, or them. These words mean what we make them mean and include what we choose to include in their meaning. What these words mean is determined by what we load into them and what we don't.

Another example is that for some people the concept of SpongeBob may contain within it the degradation of the intellect and the decay of the fabric of society, whereas for others, it’s just a funny character who is part of a kid's show. Any idea or thing that we might represent with words—dog, socialism, run, it, SpongeBob, or any other of the over one million words in the English language—defines not only what something is, but what it is not.

The combination of dictionary and thesaurus is really a complex (and adaptive!) system of distinctions that includes definitions that are interlinked with other definitions and supported by words that are both similar (synonyms) and different (antonyms). On top of all that, these definitions, antonyms, and synonyms are not static, they're dynamic, contextual, and personal. The meaning of a word varies by context, by the other words used to modify it, and by the intent or ignorance of the user. What is important is that our distinctions are actually distinct. This may seem obvious, but it is frequently not the case. One of the first places that distinction errors can occur is in language.

Specifically, there are two ways that distinctions end up not being very distinct:

To ensure that our language is not impeding our distinction-making, we must examine our conceptualization of distinctions. An advanced tool we can use when considering systems of distinctions is the mnemonic MECE (or NONG).

In solving wicked problems, one of the most important steps is identifying what the problem is and what it is not, what is inside the boundary of the problem and what lies outside. When our solutions fail us, upon tracing our steps backwards, we often find that the definition of the problem itself (i.e., the distinctions we made at the outset) was flawed. Boundary critique (i.e., making one's distinctions distinct) is the process by which we test our distinctions. Foundational to this process is recognizing that every time we establish the identity of a thing or system of things, we also need to assess what that means for the other. For example, if we say that the thing is A, then we should ask what is the other, what is not-A?

If we do not, we are at risk of bias that will come back to haunt us, or worse, marginalize the other, which can generate what we call violent distinctions.

Let us give you an example of a violent distinction. Let's say you go to your parent-teacher conference where the teachers express their concern that your child is disconnected and may need a professional learning assessment. Surprised, you quickly flash through your child's life looking for first-hand experience of a disconnected child, to no avail. The comment doesn't resonate because it doesn't match your experience. So you inquire more: what does disconnected look like? You learn that at seven your child is not engaged in the classroom work and distracted. In other words, he is connected to something else that is more interesting to him. This is a violent distinction. The child is not disconnected, he's differently connected. To say that he is disconnected is to imply that he is not connecting to anything, which would be a problem. But to define the problem as disconnection, when the child is highly engaged in the things that interest him, and then to recommend professional (and often stigmatizing) assessment can be seen as a violent act, as it has the potential to pathologize childhood. We label far too many normal children with stigmatizing labels like attention deficit disorder, yet in many cases it could just as easily be called boredom intolerance. If the thing is disconnection, then the other is connection. But he is capable of connection, therefore the root problem is not disconnection, but a mismatch between what the child is connected to and what the teacher wants the child to be connected to. Violent distinctions can be subtle like a simple word choice in a teacher conference or they can be egregious and explicit like any of the many us-them distinctions that are drawn in world politics, religion, and society. 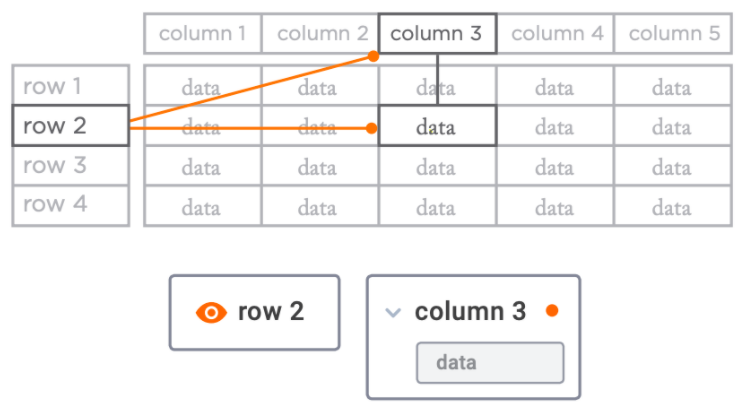