On August 12, 2006, residents of Turner, ME found a dead animal in Debi Bodwell’s backyard. The carcass was found near a road, and neighbors speculated that a car had hit it. No one appears to have come forward claiming to have hit the animal, though several articles postulate that it was chasing a cat when it was hit. Even the identity of the unlucky cat is a matter of contention. An August 16 article says neighbor Kenny Buck claims it was his cat (1), while an article on the 17th says that Bodwell claims the cat in question was hers (2)

The animal looked to weigh between 40 and 50 pounds, and had thick black fur, blue eyes, and a short snout. One neighbor, Michelle O'Donnell, took pictures of the animal because of its strange appearance. O'Donnell claimed to have seen the animal near her property about a week earlier, and is quoted as saying, "It was evil, evil looking. And it had a horrible stench I will never forget.we locked eyes for a few seconds and then it took off. I've lived in Maine my whole life and I've never seen anything like it," (1).

While dog-like in appearance, Bodwell, O’Donnell, and others dismissed the idea that the animal was a dog. The neighbors called the Maine Game Warden’s office and asked for a warden to investigate the matter, but the warden’s office declined, saying that the animal in question was most likely a dog.

On August 16, the local newspaper, the Sun Journal, ran a story about entitled "Mysterious beast," which was soon picked up numerous other news outlets from as far away as Germany and as prominent as MTV, the BBC, and CBS news in Manhattan (1-5). Traffic to the Sun Journal's website jumped so much that its server crashed (6). A "cryptozoologist" named Loren Coleman traveled to Turner and examined the decomposed body, which, by the time he arrived, was missing its skull, haunches, and internal organs. After examining the body and O'Donnell's photos, he said the animal had more claws than a normal dog, but he believed the animal was a dog (2).

Approximately half of the people who called or wrote letters to the Sun Journal speculating on the creature’s true nature said that they believed it was a dog (7). The other half gave more outlandish suggestions: wolf, wolf-dog hybrid, wolverine, coyote, coydog, fisher, Tasmanian devil, or bush dog (4, 8-10). Some had more fanciful explanations: a loup garou (the Quebecois word for werewolf), wendigo (a Native American monster thought to be based on the wolverine), an alien, or a chupacabra (a blood-sucking vampire creature) (4, 9, 11-13). Some were especially adamant about their conclusions, “Your story on the "hybrid" creature got my attention and, as soon as I saw the paw, I recognized the animal as a "fisher”. You all need to get some information about fishers before going out on a tangent with wolf-dog hybrids, or some other cockamamie idea,” (10), while some took a more tongue-in-cheek tone, as in the case of a letter-to-the-editor written phonetically in a Maine accent about the animal found in “Turnah” (11).

Historical reports suggested that a mysterious creature had stalked the Maine woods for years. The Sun Journal dredged up a story from 1906 out of its archives about a creature called the “Injun Devil,” described as, "a strange dun brown thing with lolloping chops and tasseled ears.His height is five feet, and the tracks that he has made as determined by local observers, measures ten feet apart. Some call him "Lucifee," some call him the Indian devil . No attacks have been made by him upon domestic animals, and hence it is supposed that he lives on rabbits, and other food most desired by Indian devils, " (1, 14). In 2004, an unknown creature killed a Doberman in a town near Turner, and in 2005 "it was a suspect" in the mauling of a Rottweiler in another nearby town. Also, "witnesses have said that the animal had eyes that glowed in the night. Others reported a high scream that chilled them. One woman considered moving out of her Litchfield home after hearing the animal's monstrous cry one night in 1991," (1).

A Maine sculptor carved a wooden "Mutant Mystery Beast" and attempted to sell it on eBay (16).

A few entrepreneurs found ways to make money off of the media hype. Youly's Family Restaurant introduced a "Creature Burger": a half-pound hamburger on a roll, with hotdog legs, onion fangs, black olive and corn eyeballs, and ketchup around its "feet." The burger was short-lived, though. By the time the story was published on August 27, "the Creature Burger special had come and gone along with the media frenzy," (15). Father afield, a California artist designed a "Maine Mutant" logo to be printed and sold on t-shirts, mugs, and clothing (3, 17).

Public reaction to the hype, insofar as can be determined by letters to the editor of the Sun Journal, was mixed. One woman wrote that reporter Mark LaFlamme's coverage of the beast phenomenon, in particular his mention of a particular website that was selling beast memorabilia (3), "creates a very poor image for a state that relies on tourism," (18). Another described herself as "appalled," and wrote, "I have just read the article about the ‘beast' sensation in the Sunday Sun Journal and sit here in wonder. Do the people of Maine really have so little going on in their lives?" (19).

One man wrote in to say that during his tenure as Turner's animal control officer from 1990-1998, he never once received a complaint about any mysterious creatures attacking household pets (20). Several people wrote in to say that the game warden's refusal to investigate the creature reflected poorly on the state: "it's not just a curiosity factor, but a possible health and safety issue," (21) and "the incompetence of the government officials who work for us is astounding. Now, because of electronic media and instant national coverage, the rest of the nation and possibly the world will see the "bumbling fools" that we have put in positions of authority and power in this state," (22).

Another writer described the Sun Journal's coverage as "sensationalism" and asked "Why not tell the story of a real evil: the apathy this society has concerning the responsibility to domestic animals? The real mystery is where is the owner of that animal, and why did he or she so grossly neglect that animal's needs?" (23). Similarly, an editorial from August 2 read, "We live in a disposable society, too willing to throw away our pets. The "creature" in Turner is proof," (24).

The creature phenomenon appears to have been driven by reporter Mark LaFlamme and the Sun Journal, regardless of LaFlamme's assertion that the story was driven by readers (5). After the Maine game warden's office refused to investigate the matter, the Sun Journal obtained a sample of the dead animal's tissue and paid for a DNA analysis by two laboratories, HealthGene Corp. in Toronto, Canada, and Dr. Irv Kornfield at the University of Maine (4, 25).

The DNA evidence results came in two waves. On August 26, the Sun Journal published the preliminary results: the dead animal was male and most likely a dog. Its maternal DNA certainly came from a dog and its paternal DNA likely did as well. In that article, reporter Mark LaFlamme still held the door open for beastly mystery, "both [laboratories] said more testing would need to be done to determine if the dead animal had genetic material from wolf of or any other species," (7). Finally, on September 1, the paper printed the final DNA results. The University of Maine and HealthGene Corp. agreed: the animal was certainly and beyond a doubt a dog. As explanation for the dog's strange appearance, HealthGene Corp.'s laboratory director offered the following explanation, "It's very likely a crossbreed between different dogs," or there may be a, "rare breed in this animal that people may think it's something unusual compared to any known dogs," (25).

Even though the animal was determined to be a dog, the Sun Journal offered an outlet to people wishing to maintain the animal's mystique: "One part of the mystery that remains is the exact breed of dog that caused the uproar," (7). "Sheila Rousseau of Auburn had her own theory: perhaps the animal that was killed in Turner over the weekend died as a result of a run-in with the real mystery creature, which still remains a phantom," (2). Loren Coleman, the cryptozoologist, made a similar statement: "I think there still is a mystery beast out there in the woods around Turner."

Presciently, an article several weeks earlier had predicted this tendency to retain a belief in the mysterious, writing, "test results may not matter because people tend to be enthralled with the idea of something that defies categorization." The same article quoted the chair of Bates College's anthropology department, Elizabeth Eames as saying, "'Having scientific evidence is not going to kill this story'. she said people seem to enjoy a little brush with the unusual. People tend to want to categorize things, and they're unsettled when they can't. At the same time, people are drawn toward that which they fear. “People approach this thing with trepidation, but they want to approach it,' Eames said. “‘Fear is exciting,'" (6). 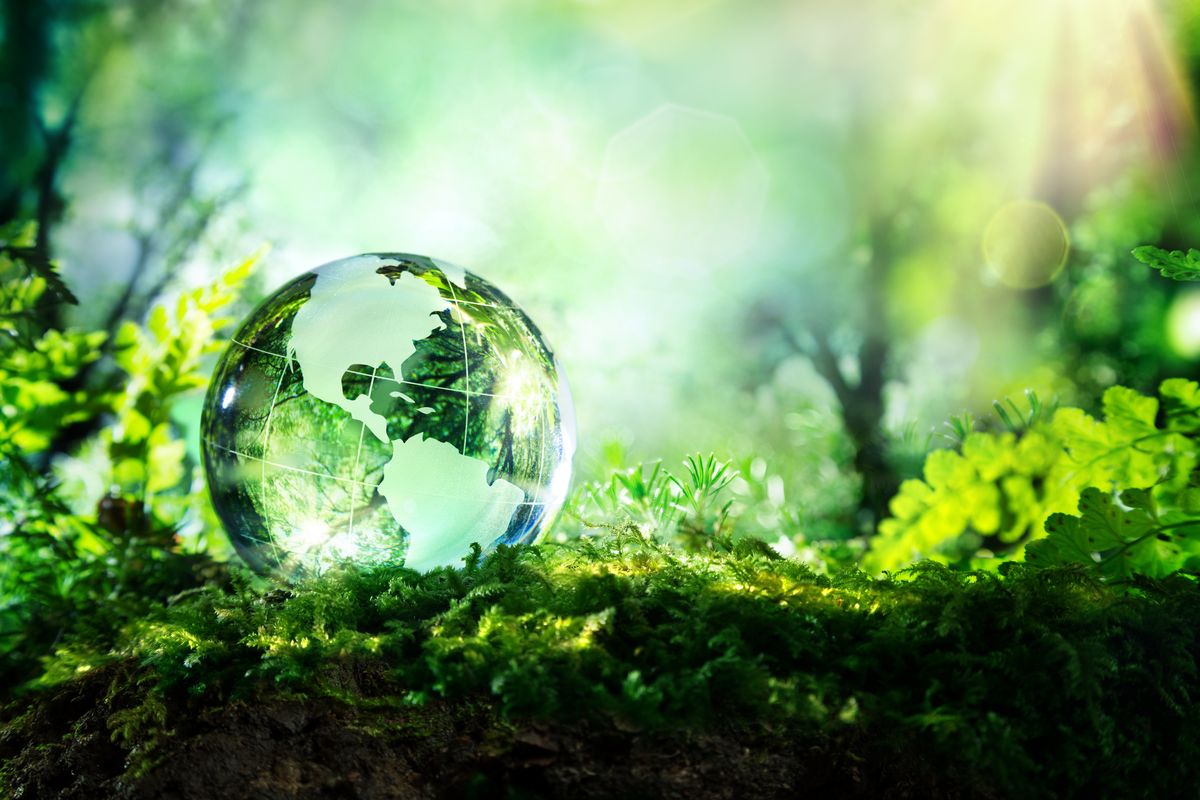