Excerpt from the book: Systems Thinking Made Simple, Chapter 5

This blog is part of a set of blogs under the tag "cognitive jigs." Be sure to check out the tag to read them as a group and learn how cognitive jigs are at play in our everyday lives.

We can’t remember what it was like before the invention of the analogy. Was there a time before analogies?

Analogies are like iPhones. They are a form of technology—a conceptual tool that was invented to increase our ability to communicate and to understand.

Stop. Did you notice anything? We just made an analogy, but I suspect that your brain processed it like your stomach digests chicken soup—easy. (Oops, there’s another one.) We can hardly refrain from using analogies because they are, like oxygen, pervasive. Here’s the analogy I made above in a visual form:

To fully grasp the important technological implications of the iPhone or Facebook or the Internet, we need to be able to compare and contrast what life was like before the invention and afterwards. That's why it is so difficult to grasp the important role that cognitive jigs like analogies play in our lives: because none of us were alive before analogies existed. We can remember before email, but we can't remember before analogies. Yet, in comparison, the impact of the analogy dwarfs the iPhone or Facebook. In 2013, over 300 million iPhones were in active use. Facebook had 1.4 billion active users in 2014. In contrast, there are over 7 billion people in the world, all active analogy users.

What makes the analogy such a remarkable innovation? There are a few things about analogies that make them advanced technology:

Analogies are cognitive jigs. The cornerstone of analogy-technology is that it is a common cognitive structure. The genius behind the invention of analogies was that they gave us a mental model of a common way we understand things (i.e., by comparison to a known thing).

Analogies are content agnostic. The remarkable contribution of analogy-technology is that it makes no difference what the content of the analogy is, the underlying structure of the analogy is generalizable and abstract. The nature of the relationships in an analogy remains the same for all analogies (namely, A is to B as/like C is to D). For example: doctor is to hospital as lawyer is to courtroom and son is to dad as daughter is to mom are both analogies and share the same cognitive structure. In Figure 5.3, notice that all of the structure stays the same and that only some of the content differs. For example, the structure (in orange) is the same for all three analogies, whereas the content varies in some places (black text) and remains the same in others (orange text). This is a pattern you will see in all cognitive jigs: either the content can change or the structure (or both or neither), but that which stays the same (e.g., the orange items) is the essential aspect of the cognitive jig.

Two other cognitive jigs (and subtypes of analogies) you are familiar with are similes and metaphors. As you can see in Figure 5.4, analogies, similes, and metaphors share common information and structure (in orange) and also have some differences (gray).

Figure 5.5 shows how these jigs work with the help of Shakespeare. Shakespeare said in As You Like It, "All the world's a stage, and all the men and women merely players; they have their exits and their entrances."

Shakespeare was making a metaphor that the world is a stage. He was not making a simile: the world is like a stage. Inside his metaphor, he was also implying an analogy between the relationships between men and women and deaths and births and players (actors) and their exits and entrances.

We can see from these examples (Figures 5.2 through 5.5) that DSRP patterns underlie the common structures of cognitive jigs, at least in the case of analogies, similes, and metaphors.

Want to play with some interactive resources? Check out these Jig Maps: 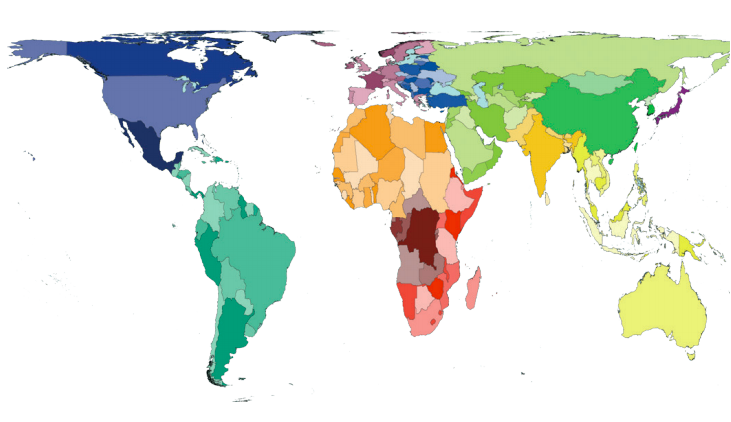