The MFS Universe of Systems Thinking

How does one find the patterns that connect such a vast world of systems models, approaches, frameworks, and theories? aka, a general theory of systems thinking?

Here's my advice after more than two decades doing it for a living.

To begin, the aspiring theorist must A answer in very specific terms: what is a system? But in order to answer A the theorist realizes that he or she must first do two things which we will call B. 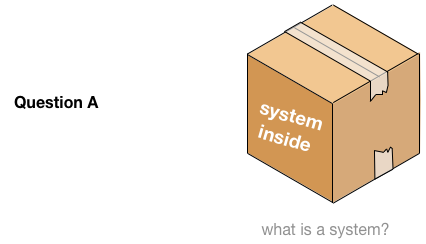 First, B1 the theorist must understand the full extent to which the various models, approaches, frameworks, and theories apply. We can call this set of heuristics, the "plurality", and the attempt to find general patterns that connect in the plurality we call, universality. So B1 is about understanding the universe in which the plurality lives--how many fields does it cross over? Generally speaking we can see that systems ideas cross all disciplines (both formal and informal) so we can be very general and say that the plurality of systems ideas we are concerned with cross the Physical, Natural, and Social disciplines (or PNS for short, so we don't have to keep typing it). Within B1 we should establish specifically which heuristics (systems ideas, models, approaches, frameworks, and theories) are included. 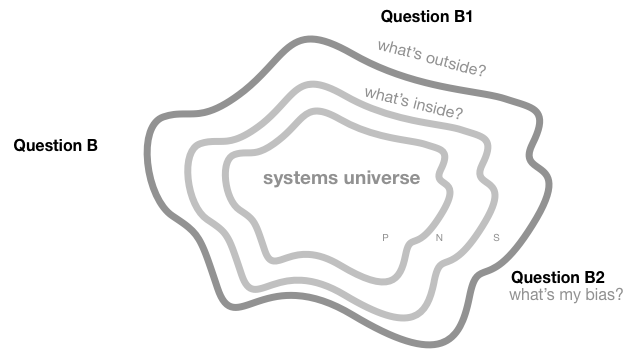 The answer to B2 significantly effects the familiarity and scope that one applies to B1 which will significantly alter the answer our theorist concludes to question A.

As a systems theorist, I have attempted to answer all three of these important questions. First, B1, I have defined the plurality as the Midgley, Francois, and Schwartz Universe (or MFS), because these three sources provide a representative sample (if not a pretty nearly complete one) of all the ideas that need to fit under the "big plurality tent." Second, B2 I have ensured that my training, experience, research and personal interests cover "a lot of ground" and cross the spectrum of PNS. The purpose of all of this activity is simply to reduce my own bias toward one type of system over another. There are as many systems as there are objects in the universe. To truly establish a general theory of systems or systems thinking, one must be inclusive of all of them. 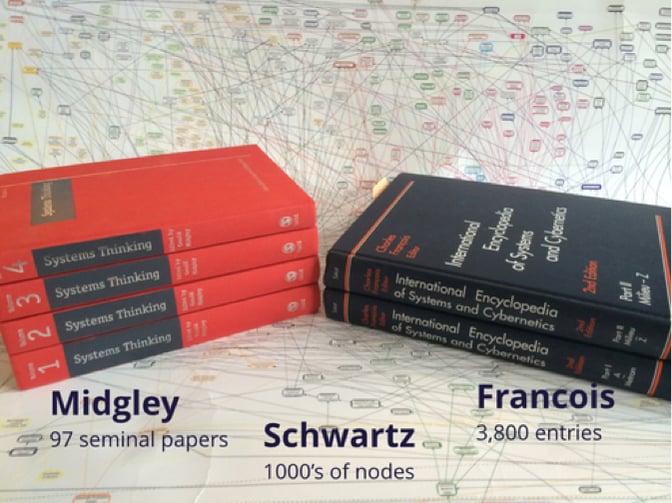 Once I answered B1 and B2 then it was time to answer A: what is a system? I have addressed this in another blog here. In short:

Q: What is a system?

A: Two or more related parts.

Question A and B are very important and very related. If the theorist chooses too narrow a boundary in B1 based on their bias in B2 then the type of system they define in A will be quite narrow as well (i.e., more specific). For example, they might focus only on systems that are complex, nonlinear, chaotic, or self-organizing. Alternatively, they might focus only on systems that are open or closed or systems characterized by feedback or population or quantitative stocks. If they were interested (biased) in developmental psychology, they might only include Ford's Living Systems Framework, Urie Bronfenbrenner's Ecological Systems Theory, Ford & Lerner's Developmental Systems Theory, or Erich Jantsch's work in the plurality and in turn define systems in developmental terms.

These decisions also effect what we define as a system. Some scholars include purpose as a necessary part of the definition of a system, others say the system's behavior is its purpose, others say system structure determines behavior (and therefore purpose), and still others do not include purpose at all. Defining what a system is as we have done in A does not mean we cannot add to the definition, it only means we cannot subtract from it. For example, if you want to define a human developmental system, we may want to include micro and macro factors, genotype and phenotype, environment, motivation, etc.

The theorist can clearly see that the choices he or she makes in the questions in B will effect the answer to question A. This will in turn effect what we look for and find in our big question C: How does one find the patterns that connect such a vast world of systems heuristics? aka, a general theory of systems/systems thinking?

The theorist's answers to these questions are important for another reason explained in the image below. First, knowledge is constantly evolving (called evolutionary epistemology) so ideas and our understanding changes over time. The answer to question A means that all systems including the ones that are yet to be discovered will need to meet the criteria of answer A in order to be counted. The same is true for the many heuristics that are being born, dying, or adapting that are included in the MFS universe (or whichever one our theorist decides on). Underlying all of that are general systems theories that look at the patterns that connect all of these evolving systems and heuristics. The funnel image is meant to give a sense of the size differences between these levels. There are as many systems as there are objects in the universe. There are many many many heuristics in the MFS Universe. There are four universal patterns and a nearly infinite number of ways to combine them. Our understanding at all three of these levels is constantly evolving. 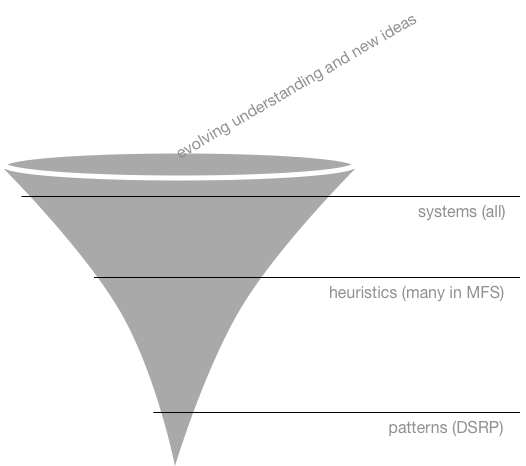 This was the approach I took in discovering DSRP--the four simple rules (or pattern) that underly systems thinking. What is DSRP? 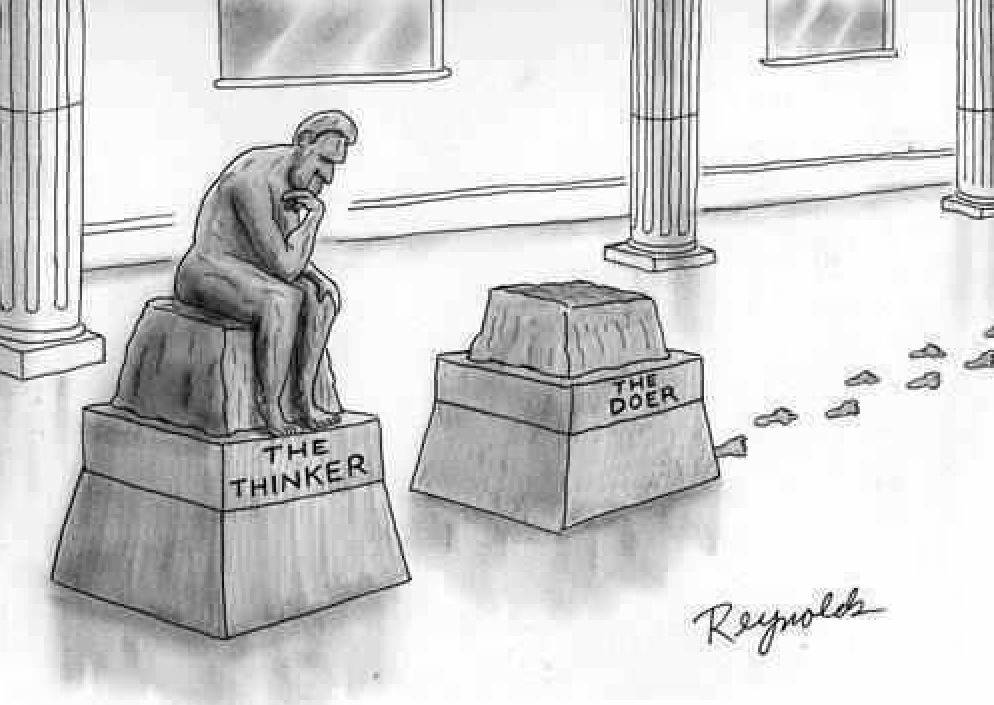