If you’ve raised children, you will inevitably be accused of being mean. You’re mean because you won’t let them have a third dessert. Because you insist that they wear a jacket when it is -5°F. Or, when you enforce a reasonable bedtime. But lately we’ve been noticing that Gen Z children—and to a large extent, the Millennial generation—think of a whole range of new things as “mean.” If I were to say for example, “hey can you brush your teeth? Your breath is terrible,” that might be considered mean. Even if, factually, you have halitosis.

Indeed any number of what would otherwise be factual statements are often considered to be mean. A whole range of comments that would have once been described as “negative feedback” are now considered mean. “Your paper is unacceptable as it has numerous spelling and grammatical errors. It seems like you kind of phoned in this assignment,” which once would be considered feedback from a teacher or mentor is now often considered mean. A spoof on this idea called A Millennial Job Interview makes a similar point. It is important to combat this emerging trend with social training at home and work by clarifying the mental models that underlie these assumptions of what constitutes “meanness.” Thus, a Slider we call “Millennial Mean.” Millennial Mean is not the same as Real Mean (or just Mean). So the Millennial Mean Slider is a single Distinction between Millennial Mean and Real Mean.

The word “mean” is a common word to hear on a playground, or after a particularly daring joke within a comedian’s set. But, are we using the word “mean” correctly? What does it mean to be mean? How do we know if a comment, statement, question, or thought is mean? In this new, slightly more sensitive world, if two people are interacting and Person A makes a statement and Person B feels hurt, then it is often determined that Person A was being mean. Our son, who attends a Montessori school, explained it to us with freakish familiarity: “if someone is offended by something you said, you have to apologize otherwise you get in trouble for being mean.” This gives us the simple if/then litmus test for Millennial Mean: If someone is hurt by what you have said or done, then you are being mean. 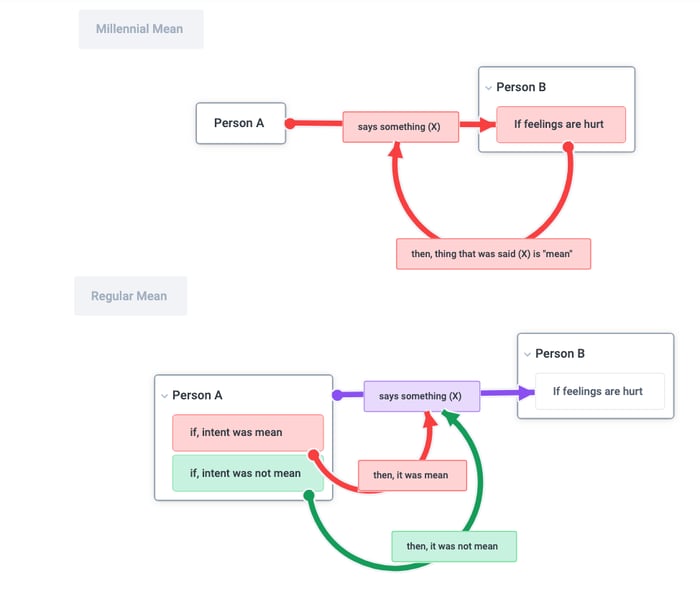 Yet, this litmus test of mean seems to lack the notion of intent on the part of the transmitter; it only focuses on the hurt feelings of the receiver. To say that someone or something is mean requires that there is the intent to be mean (or some other synonym).

This refined litmus test for “mean” based on intention may seem counterintuitive to many people, but it may be liberating for all involved and beneficial to society writ large. After all, the assessment of meanness can lead to many interpersonal conflicts, so being more clear and refined in how we assess it, can lessen conflict and place responsibility where it is best sourced. Others are not in control of how we feel, so the onus is on the feeler to reconcile their emotional state. You are ultimately in charge of how you react to others through managing your mental models and being metacognitive about how those mental models interact with your emotions. Taking charge of how and what you feel is empowering because it is actionable. While blaming others for your feelings is disempowering and requires one to replace action with control—which will inevitably spiral one into ever-more dysfunctional relationships.

That’s not to say that when someone behaves in a “jerky” way we can’t assess that they are behaving like a jerk. If someone is inconsiderate (literally to not consider the impact of their actions), it is perfectly reasonable to express that they are being so. It just means that we cannot know (without asking) if they intended to be mean. It is not inherently mean to be honest and just because something hurts your feelings doesn’t make it inherently mean either.

Check out the Plectica DSRP Map of Millennial Mean Slider below. Duplicate it to make it your own... 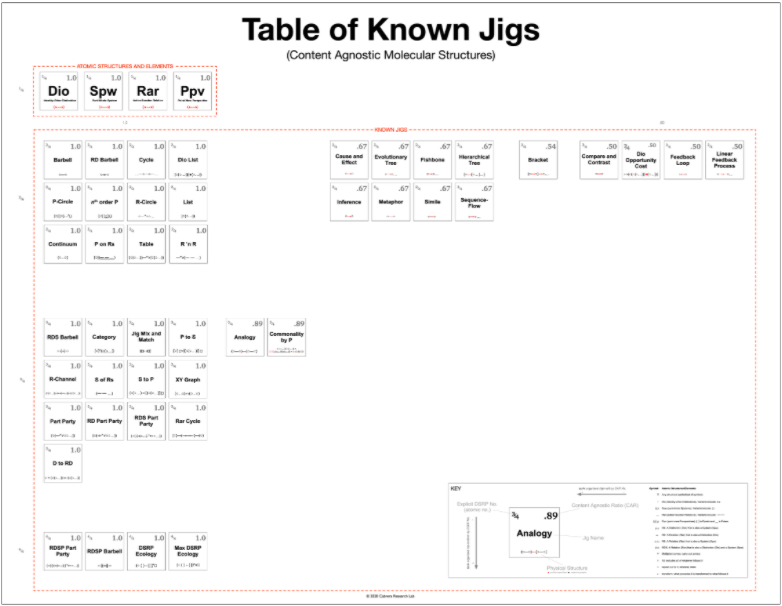