Sustainability is a Society of Systems Thinkers 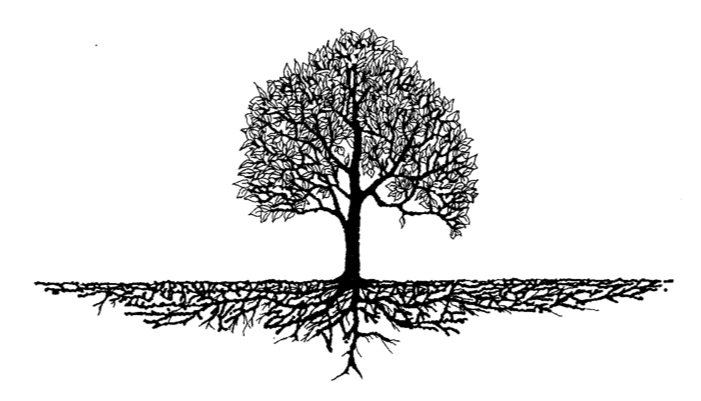 What is the Crisis?

My colleagues and I surveyed the faculty of Cornell University to identify how scientists from different disciplines thought about the most pressing crises facing humanity[1]. Respondents brainstormed 116 diverse crises, sorted, and ranked them in terms of importance and solvability. We applied multidimensional scaling and cluster analysis to their answers to the simple question, “What is the crisis?”

“Climate change and its effect on ecosystems” was ranked #1 in importance whereas the crisis ranked most solvable was, “loss of civil liberties in the US under the guise of fighting terrorism”. The only crisis ranked in the top ten for both importance and solvability was “shortage of potable and clean water”. Interestingly, the most important and pressing problems on the list were also the least solvable and the most solvable were also the least important.

At the conclusion of the study, I found myself wondering: Is there a “meta-crisis” that lay at the root of all of these varied crises? Was there a single “root crisis”?

The field of research called “systems thinking” was born of a similar question. Problems are not divorced from the way we think about them. As a research scientist and systems theorist, I have made both a passion and a career out of taking a machete to the tangled undergrowth of the often convoluted field of systems thinking. The best abridgment I have found comes from one of its early theorists, Gregory Bateson.

The major problems in the world are the result of the difference between how nature works and the way people think.

The term “systems thinking” gives us the clue that it is a crucial relationship between systems (the basic unit of how the natural world works) and thinking (the way we construct mental models of this world). Therefore, systems thinking must fundamentally be a cognitive-epistemological act to understand ontological-systems.

Seeking that answer, in that way, changed my life in two ways. First, the increasing popularity of my research gave me many opportunities worldwide to tell people about the importance of systems thinking and its underlying structure. The second way it changed my life is far more profound. It changed my thinking (and my thinking about thinking). To change one’s thinking in a transformative way is to strike at the root of the crisis.

The root crisis we face is a Crisis of Thinking. In other words, the root of all 116 crises above and many more, is not only how we think about an existing crisis itself but also how our individual and/or collective thinking, over time, actually creates the crisis in the first place.

Einstein said, “without changing our patterns of thought we will not be able to solve the problems we created with our current pattern of thought.” The 116 crises identified are important but we must think more deeply about the thinking (or lack of it) that leads to these crises in the first place and perpetuates their existence later on. Solutions will likely come from the creativity, innovation, and invention(s) of individual systems thinkers but more importantly without support and understanding from a populace of systems thinkers, available solutions will not be recognized as such and therefore will not be implemented. This is why we must reject a “lazy” definition of systems thinking that cannot be understood or is impenetrable. Systems thinking must not be allowed to remain a rarefied construct available only to the scholarly class, it must be an idea that is accessible to the masses. Without both individual systems-thinking problem solvers and the support of a collective systems-thinking populace, the Crisis of Thinking will persist and the many subsequent crises will fester.

Systems thinking can be understood by everyone. In fact, the same four universal patterns of systems thinking that I taught to graduate students at Cornell are now taught around the country and the world to preschoolers and PhDs alike and are used by teachers, parents, students, CEOs, and organizations as well as scientists, inventors, and leaders of all stripes. The four interconnected patterns of systems thinking are called, DSRP, an acronym for Distinctions, Systems, Relationships, andPerspectives. Systems thinking is cognitive pattern and the metacognitive awareness of the following four processes:

DISTINCTIONS: How we draw or define the boundaries of a system is an essential aspect of understanding it. Whenever we draw a boundary to define a system’s identity, that same boundary defines what is not the system. Any boundary we make is a distinction between two fundamentally important elements: the identity of the system, and the other stuff that is not the system.

SYSTEMS: Any collection of things (objects, organisms, ideas, processes, people, organizations, processes, etc) can be thought of as a system. It is important to understand that “any thing” can be thought of as a system–any object or idea. If we think of what it takes to make any system, we can reduce it to two simple elements: the relationship among parts and whole.

RELATIONSHIPS: The relationships amongst the parts of systems are part and parcel of understanding systems. Indeed, we cannot understand much about any thing without understanding how that thing relates to other things. As we explore relationships we will find that there are many types: causal, correlate, feedback, inputs/outputs, influence, direct/indirect, etc. Fundamentally speaking, whether we seek to analyze a single relationship between two things or many relationships amongst many things, we must consider two underlying elements: action and reaction, or the co-relating effects of two or more things.

PERSPECTIVES: When we draw the boundaries of a system, or distinguish one relationship from another, we are doing so from a particular perspective. Sometimes these perspectives are so basic and so unconscious we don’t even see them, but they are always there. If we think about perspectives in a fundamental way, we can see that they are made up of two related elements: apoint (the subjective viewer) and a view (the thing or things the subject is viewing). That’s why perspectives are synonymous with a “point-of-view”.

D, S, R, P vs. DSRP: You might think of these four “universal patterns” as a useful list of four things to keep in mind to help you be more aware of how we think and build knowledge. But, they are not merely a list of four things. Each pattern relates with the others to create a dynamic set of interactions that are akin to the game of chess. Even though the underlying rules are very simple, the complexity that can result is immense. For example, a perspective is something that must be distinguished in order to be understood and it can be made up of numerous parts that form the whole and each of these parts can be related. Likewise, a distinction, because it is a relationship between an identity and an other, is itself a system of parts. A relationship might seem merely like a connecting line between two things, but it may also be a complicated system made up of many parts that could be understood from numerous perspectives. These four patterns of systems thinking and their two elements and interactions are given by the equation below which states that Knowledge (K) which can be thought of as any mental model is the complex product of Information (I, or all forms of sensory data) and (T, or DSRP). The various other symbols simply spell out the interactions that are possible between the patterns, their elements, and the information:

Why Application Must Be in Schools & Organizations?

The application of the theoretical structures of systems thinking must be two-fold. First, it must be educational. Charles Darwin wrote in his journals that those who understood the gravity of his ideas should, “pay great attention to Education”. This may be the most profound statement ever made about education, made by the most profound thinker in human history. The primacy of education to civilization is not mere hyperbole. Education drives civilization upward, or downward. Second, our application of systems thinking must be organizational. Why? Because the fundamental reason we create organizations is because the work that needs to get done cannot get done by us alone. We humans have always banded together to survive and organizations of all kinds (broadly defined as families, teams, book clubs, formal and informal groups, corporations, nonprofits, NGOs, government, nations, etc) are the basic unit of social society. My theoretical work in systems thinking has manifested in two ways in practice. Both practical applications are founded on the simple idea that systems thinking should be democratized, accessible, and useful to any person. The diagram below clarifies the two most important practical applications of systems thinking using a diagramming technique for systems thinking that I developed called DSRP Diagrams.

The diagram above simplifies the theoretical structures. A slightly more complex diagram (below) utilizes more sophisticated equations to describe these relationships. That’s more than this short article is intended to relay, but I add it here to show that even though the ideas are quite simple, they are also capable of great precision and insight if one takes some time to learn about them. Remember, we are teaching preschoolers the same systems thinking skills that can be scaled for scientists and organizational leaders.

The root crisis is a Crisis of Thinking. Systems thinking provides us with a solution to this problem. Schools and organizations play a pivotal role in creating a sustainable society of systems thinkers as does a clear, egalitarian, curriculum for systems thinking. Eight years ago, I founded an organization that would spawn a movement. Our audacious vision is: 7 Billion Thinkers. I’m pleased to report that we are making great strides and seeing the positive impacts in schools, organizations and society. But then again, 7 Billion is a big number. Will you be one of them? 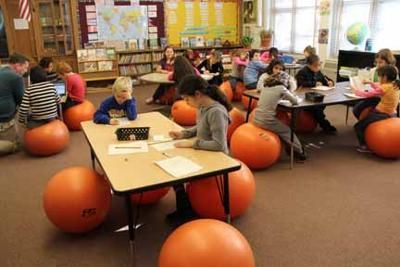